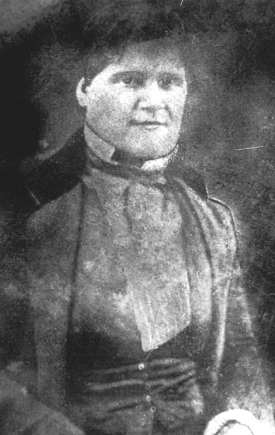 I am the descendant of John Pamplin Waddill, the attorney from Marksville, Louisiana, who helped gain Solomon Northup’s freedom. Waddill was born in October 8, 1813, and grew up on a farm in rural Tennessee. He had little formal education before the age of fifteen and both of his parents died by the time he was seventeen, leaving nine children. At the age of eighteen he left home to study law and in 1848 he was elected as a Louisiana State Senator. He was a delegate to Louisiana’s Constitutional Convention of 1852.

On January 1, 1853, Henry B. Northup retained Waddill to bring suit against slave owner Edwin Epps in order to emancipate Solomon. According to Solomon, Waddill was a “man of noble impulses” and played an integral role in solving the mystery of Northup’s identity.

Waddill died a few years after Solomon’s release and left four bound journals which, as his great-great granddaughter, I now possess. They are a fascinating documentation of his daily life and work, including his legal cases, local and national events of the time, and thoughts and reflections on politics and life. In one of these journals is the documentation of Solomon Northup’s release (a copy of two entries is included on this website in the “Extras & More” section under the “Bayou Boeuf” tab). The first entry says: “Today I was employed by Henry B. Northup Esq. of Sandy Hill, Washington County state of New York to bring suit against Edwin Epps to reclaim from slavery a free negro named Solomon Northup who had been kidnapped in the city of Washington in 1841.” The second entry follows with this line: “January 4 – today the slave Solomon was released & I received fifty dollars for my services”.

He also documented the background and death of Samuel Bass (played by Brad Pitt in the movie), who assisted Northup in writing the letter that lead to his freedom. In an entry dated August 30, 1853, Waddill wrote of Bass: “… he was 48 years of age and was born in upper Canada where he has a wife and four children. He had been separated from his wife for 12 or 15 years. His only complaint against her was that she had such a temper as to preclude any man from living with her. Her name was Lydia Catlin Lane, before she married him, she was living near Prescott, upper Canada, or Ogdensburg… His two daughters Catherine and Martha Bass are in Manchester New Hampshire, at work in a cotton factory.” Samuel Bass died in Marksville shortly after Solomon’s rescue. On August 29, 1853, he called Waddill to draw up his last will and testament. Waddill’s journal states: “August 30, 1853 – Today about twelve o’clock Samuel Bass died in Marksville, at the home of Justine Tounier, a.f.w.c. His disease was pneumonia”. The initials “a.f.w.c.” referenced a free woman of color.