JABEZ AND THE UP THE BAYOU TANNERS 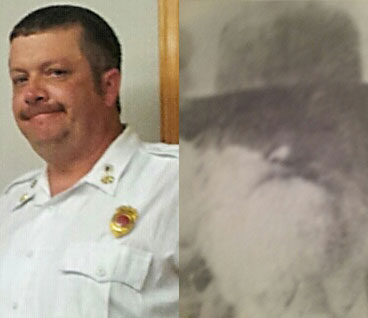 I am the 4th great grandson of Paul Jabez Tanner, an influential slave owner and brother of Peter Tanner and Mistress William Prince Ford, discussed by Solomon Northup in Twelve Years a Slave. A photo of their father, Robert Tanner, is next to mine above. According to Dr. Sue Eakin’s notes in her final edition of the book just released, Robert was one of the founders of Cheneyville, and his sons were prominent religious leaders in the Cheneyville area. A photograph of Jabez’s plantation Big House, called Walnut Grove, is in the Extras section of this website under the Bayou Boeuf tab.

According to one of the sources in Dr. Eakin’s book, “Jabez was the founding father of the Christian Church in Cheneyville and Peter was a deacon at Beulah Baptist Church there. They often preached at their respective meeting houses. The church book at Bayou Rouge Baptist does make mention of an 1846 resolution requesting Peter Tanner ‘to preach here as often as convenient…’ Peter Tanner served in the Louisiana Legislature from Rapides Parish. [Wright, 74-75].” Jabez was known among his neighbors for reading the Bible to his slaves on Sundays, though Solomon says that Peter did so as well.

The brothers’ unwavering religious beliefs eventually tore the family apart. Jabez headed an historic break of many members of Beulah Baptist Church. One of Dr. Eakin’s chapter notes states, “In the early 1840s a division developed from an intense argument over predestination, a concept rejected by Jabez. The split impacted the Boeuf community so much that a saying repeated by residents from that decade was: ‘The Up the Bayou Tanners didn’t speak to the Down the Bayou Tanners.’ Peter did not leave Beulah Baptist, but Jabez led the dissidents and published a booklet, A Concise History of the Rise and Fall of the State of Affairs in the Religious World at this Place. Jabez led in the founding of the Campbellite Church in 1842. Reverend William Prince Ford presided at the installation of the board of the Campbellite Church.”

The issue quite simply was the wording of the Articles of Faith of the Baptist Association, which was beginning to form in Louisiana. Jabez lobbied to have some of the wording changed, and when it seemed impossible, he did the unthinkable by breaking away. Jabez had to know this would tear the family apart, but his belief was that we have to do right by God. Jabez became known as the “Up the Bayou Tanner.” Below are a few tidbits about Jabez Tanner:

In 1859, Jabez owned 5,500 acres, 900 of which were improved. This made Walnut Grove the 15th largest plantation in the parish, out of 89 large plantations. The census placed the value of the real property at $179,600, and of the farm , including implements, at $122,000. Jabez housed his 89 slaves in thirty-six dwelling units (an average of 2.47 per slaves per unit), according to a Tanner family webpage. This was the second lowest and second-most humane slave-housing density in the parish. See the webpage at http://wc.rootsweb.ancestry.com/cgi-bin/igm.cgi?op=GET&db=tilly16&id=I2317.