"...Gossett infuses the words with a quiet, seething power."

"A moving, vital testament to one of slavery's 'many thousand gone' who retained his humanity in the bowels of degradation."

"It is one of the most exciting narratives, full of thrilling incidents...with all the marks of truth." 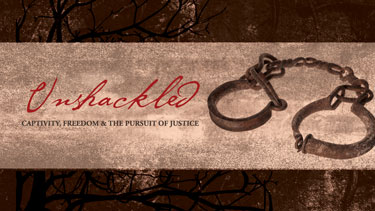 "Unshackled" is our powerful and highly-acclaimed sermon series inspired by Twelve Years a Slave, which was created by Dr. Edmund Robb of the 10,000-member Woodlands United Methodist Church in The Woodlands, Texas. Ministers of all faiths are encouraged to use our materials below for ideas in creating their own sermons on tolerance, racial reconciliation, and modern-day slavery in the form of human trafficking.