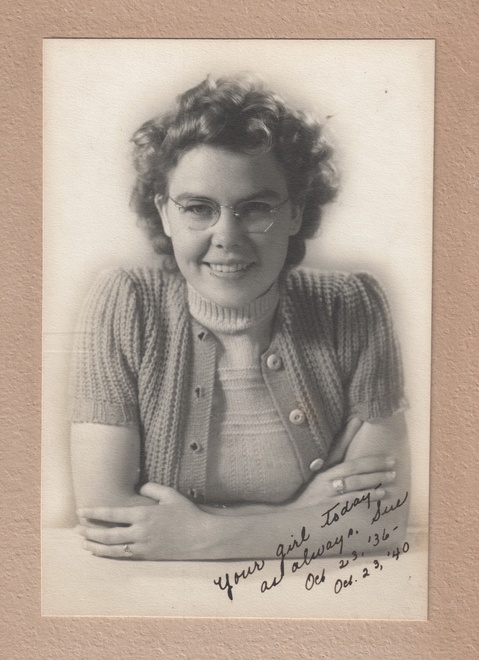 Myrtle Sue Lyles Eakin was reared in the Bayou Bouef region of Central Louisiana, where Solomon Northup found himself enslaved in 1841. The oldest child of nine surviving children, she arrived December 7, 1918. Her father, Sam, was a planter in Rapides Parish, though he didn’t own his land. Her mother, Myrtle, besides raising children, also raised cattle and other farm animals. It was at a friend’s home when she was about twelve that Sue encountered Solomon for the first time. Both parents felt strongly that education was paramount to a good life, and all nine of their children had the opportunity to attend college, many graduating and several earning advanced degrees.

With the emphasis on education in her household, it was natural for Sue to be an excellent student. She graduated from LeCompte High School and became the first of the Lyles children to go to Baton Rouge to attend LSU. There she studied sociology and English, and met Paul Mechlin Eakin of Vineland, New Jersey, who became her husband on January 30, 1941. They raised five children in Bunkie, Louisiana, and Sue was an active participant in the community, sometimes disturbing others because of her liberal ideas. She became a newspaper writer and photographer, driving all over the countryside writing stories and taking pictures of the people she met, most often with her children in tow.

At the age of 42, Sue decided to return to LSU to work on a master’s degree. She won a fellowship, one of ten that were offered by the American Association of University Women, that year. Driving eighty miles one way once or twice a week to take evening classes, she completed not one, but two master’s, one in history and one in journalism. At that time, she decided to apply to teach at Louisiana State University-Alexandria, a two-year institution about twenty miles from her home, where she taught for over twenty years.

Always interested in local history, she loved teaching Louisiana history and helping her students research questions with the use of the oral history techniques that she herself used. Her wide-ranging interests included local black history, the history of black education and educators, plantation culture across the world, Ezra Bennett (a store owner in the Bouef country during Solomon’s time), William O’Neal (a slave who bought his freedom) and the individual histories of the small villages , towns, and churches that comprised the parishes of Rapides, where she grew up, and Avoyelles, where she spent her adult life. Many of these interests became the topics of her books.

At age 60, Sue Eakin decided to study for a doctorate, and she began commuting to what was known as the University of Southwestern Louisiana in order to meet that goal. She graduated with her doctoral degree in history. Now Dr. Eakin, she continued to write and collect historical documents and materials, researching the topics of interest to her. She published over a dozen books, writing manuscripts for several more. Honors came her way, and she appreciated each of them. Surrounded by her library of books, her collection of primary documents, materials, photographs, and even farm tools, she quietly died at the age of 90 on September 19, 2009. Her primary source materials, books, tapes, pictures, collections, and unpublished manuscripts are now housed in the archives of the James C. Bolton Library at Louisiana State University Alexandria.