My Forty-year Love of Solomon’s Story, by Fran Holbert 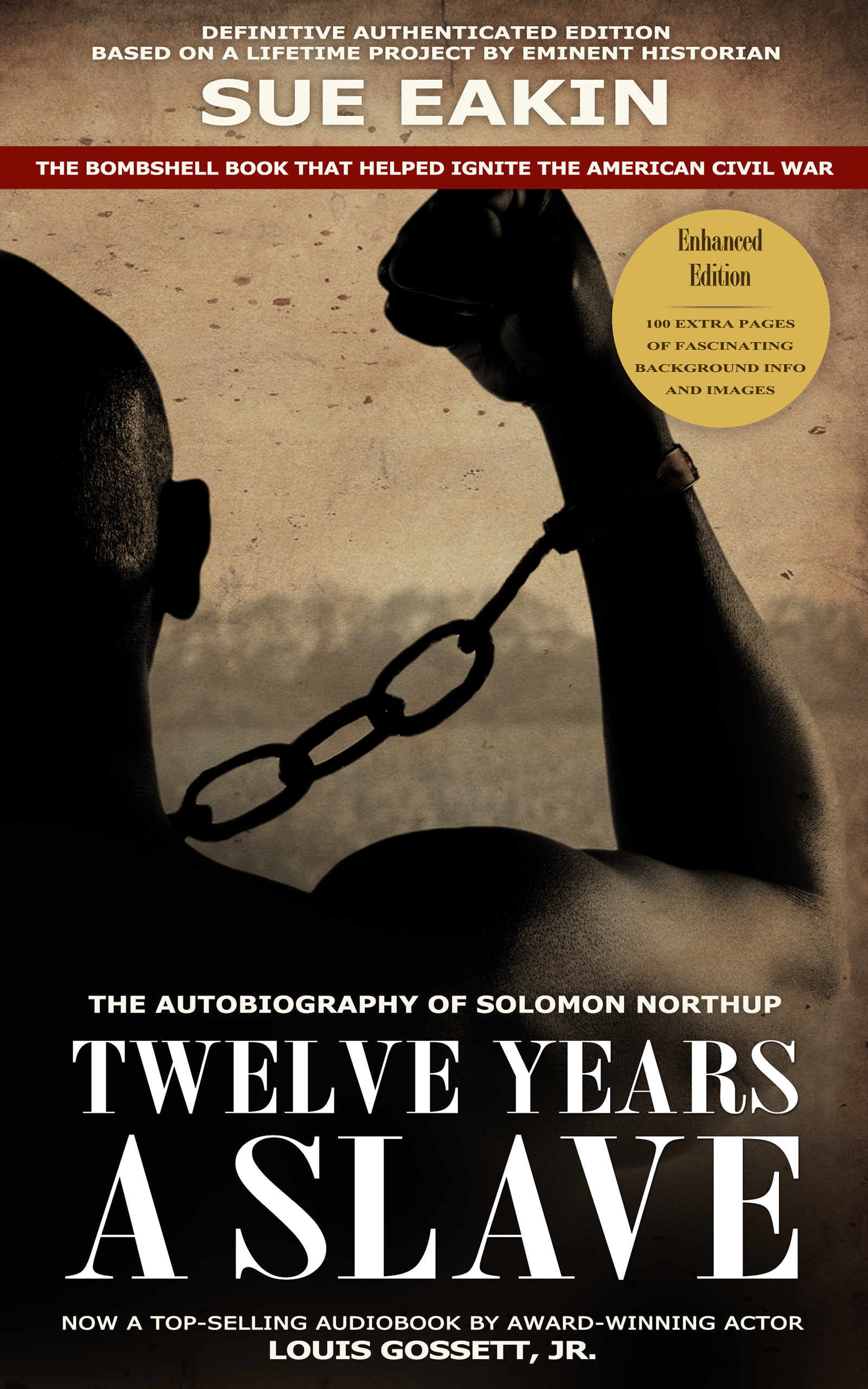 Almost forty years ago, Dr. Sue Eakin opened for me the portal to the world of Solomon Northup, an educated free man of color kidnapped and forced into slavery for twelve years in the fields that I had seen growing up in central Louisiana. Her life’s mission was to nurture and preserve his true story, and because of her dedication, I know about this remarkable man who over a hundred years ago walked many of the same places I walked … he in bondage, me in freedom …

In 1975, Dr. Eakin’s son (my classmate) photographed the old plantation house where Northup toiled in the fields of its brutal owner. I was amazed to discover that it was about 5 miles from my home and that I could read all about it in my grandmother’s copy of “Twelve Years A Slave.” First edited by Dr. Eakin in 1968 to authenticate Northup’s original narrative (published in 1853, but hard to find through the cobwebs of time), it has been preserved for eternity in the canon of slave narratives because of her lifetime’s efforts. So much did Solomon Northup become woven into her life that he became like a member of the whole Eakin family, and his name is chiseled into my own lifetime of memories.

Thus began a magnificent obsession: during these last four decades, I could never forget Northup. He was the subject of many of my college essays and presentations, and his experiences elicited both the delight and horror of my classmates. I’ve collected Dr. Eakin’s subsequent Louisiana history textbook and her histories of surrounding towns for my “Eakin library,” and my family and I have cherished these treasures like priceless heirlooms.

Now imagine that Northup has a voice … and that of none other than the inimitable Lou Gossett, Jr. A voice is worth a thousand emotions, and Mr. Gossett intones the dignity and the wit, the anger and the anguish, the joy and the sorrow of Solomon Northup. This audiobook allows you to imagine that he’s sitting right next to you and telling you all about his kidnapping and the loss of his freedom (in the nation’s capital city, no less) and his twelve long years in bondage. Besides being educated and born a free man, Northup was a musician who felt the rhythms in the melody of life. Mr. Gossett’s dynamic voice and seamless transitions between characters and events places you in the middle of the 1800s, actually feeling it through the eyes of a slave…an extremely intelligent man with a spirit that could not be “whipped down” when he was made the scapegoat of the lesser men who “owned” him.

Yes, I’ve waited to “meet” Solomon Northup a long time. You’ll want to meet him, too. You’ll never forget him, and maybe you’ll want to ride along the winding country roads that are marked as the “Northup Trail” in central Louisiana some day while Solomon tells you his story. He’ll awaken the ghosts of another time, as well as your humanity.